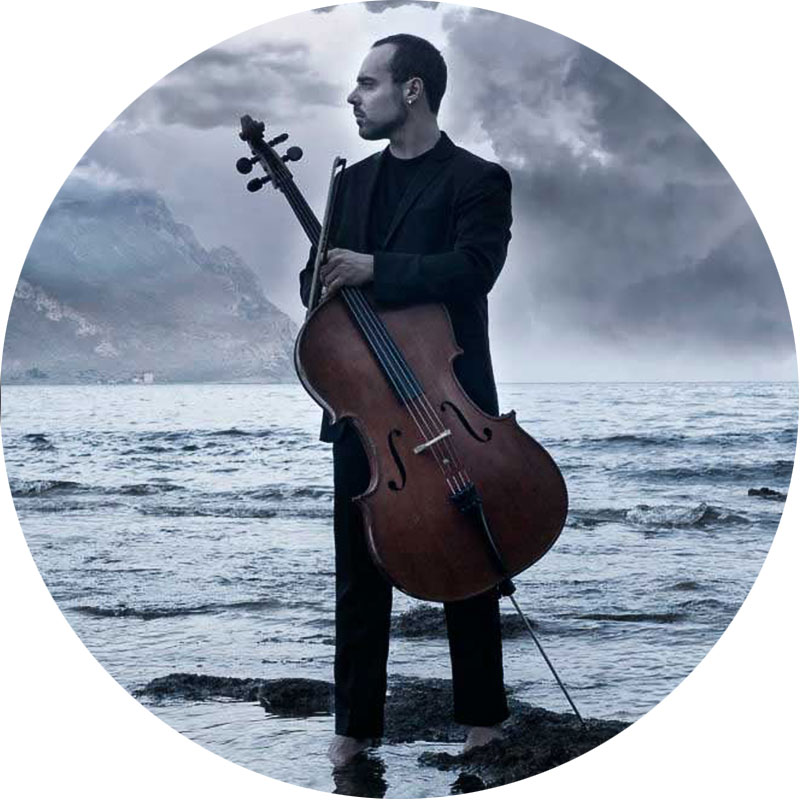 Recently awarded a Borletti Buitoni Trust fellowship, Sicilian cellist and composer Alessio Pianelli brings to the stage the distinctive characteristics of his homeland, where one can still live and breathe the diverse cultures of Sicily, a unique region that was dominated throughout the centuries by the Phoenicians, Carthaginians, Greeks, Romans, Germanics, Byzantines, Arabs, Normans and Spanish. Curiosity, research and a love for traveling, arts and culture, all came easily and were befitting to his character, naturally broadening his emotional personality and crystalline talent. Prizewinner of several international competitions, such as Antonio Janigro International Cello Competition, and, with his piece Tanzen Wir!, the first prize at the International Composition Competition In Clausura organized by Ravenna Festival and 100cellos in 2016, Alessio has regularly performed as a soloist with symphony and chamber orchestras such as, Sinfonieorchester Basel, Kazakh State Orchestra, Lviv Philarmonic Orchestra, Philarmonie Baden-Baden and Orchestra Sinfonica Nazionale della RAI di Torino.

An avid chamber musician, Alessio is frequently invited to international festivals such as Marlboro Festival, Piatigorsky Festival, Davos Festival, bringing his music into prominent halls in Europe, Asia and North America (Walt Disney Hall in Los Angeles, Auditorium Parco della Musica in Rome, Teatro La Fenice in Venice, Hajuko Hall Tokyo and Tonhalle Zurich among others). Since 2014 Alessio has been realising several albums issued by Almendra Music, a Palermo-based think tank, record label and art collective specializing in instigating collaborations among musicians and artists from different backgrounds, which Alessio has contributed to found and grow to stir up the creative environment of his birthland. His piece for two cellos “Sulla Quarta” eventually became also the title track of the second volume of an ongoing series of albums, in which Alessio turns his exploration of the six solo cello Suites by J.S.Bach into a voyage of discovery and self-discovery, coupling them with less-explored works composed in 20th and 21st century and with his own compositional reactions to the emotional and intellectual challenges which Bach’s writing poses to musicians and listeners alike. Some of his compositions are published by Casa Musicale Sonzogno and Mueller&Schade. In 2017 he was invited by Marianne Piketty as a composer in residence at Musique aux 4 Horizons in Ronchamp, France, where he performed in venues surrounded by the architecture of Le Corbusier, Jean Prouvè and Renzo Piano.Born in 1989 into a family of musicians, Alessio Pianelli studied in Palermo with Giovanni Sollima and in Basel with Thomas Demenga. His training and development have also been influenced by renowned artists such as M. Brunello and W. Boettcher. Alessio plays a 1921 Evasio Emilio Guerra cello.