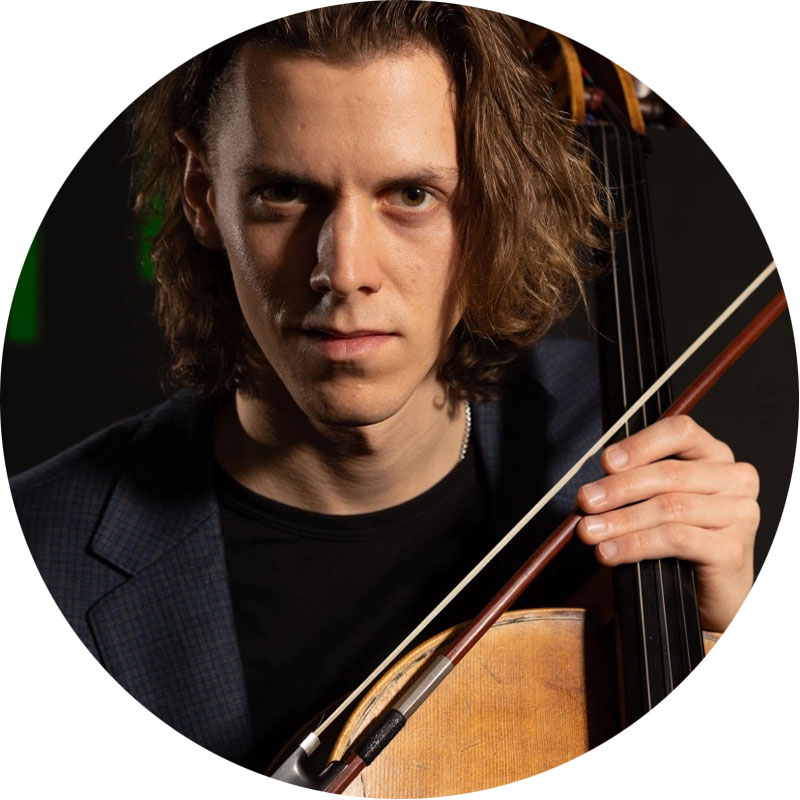 Although New Zealand remains the place of birth and childhood to him, Matthias is a well traveled cellist, and a frequent conspirator of musical shenanigans since the spritely age of three. After over two decades of assimilating the four-stringed beast, his passion for the cello has only grown, and his odyssey to bring what approximates the sound of music to the stage, ever prolonged. His relationship to music was a natural affair, growing up in a household with six bundles of musical talent older than he, and with of course the two remarkable facilitators of it all. The nine of them together played and toured the globe, entertaining the worlds of Folk, Celtic and beyond, before separately pursuing varying paths of profession and livelihood. Sally-Anne Brown was the first of the legends to ignite the wick and guide him through the madness of the classical music world. Next came James Tennant, the fierce and fluffy, who never settled for good, rather pushed the boundaries beyond their limits. It was with him that Matthias graduated at the University of Waikato with his Bachelor degree at the age of seventeen.