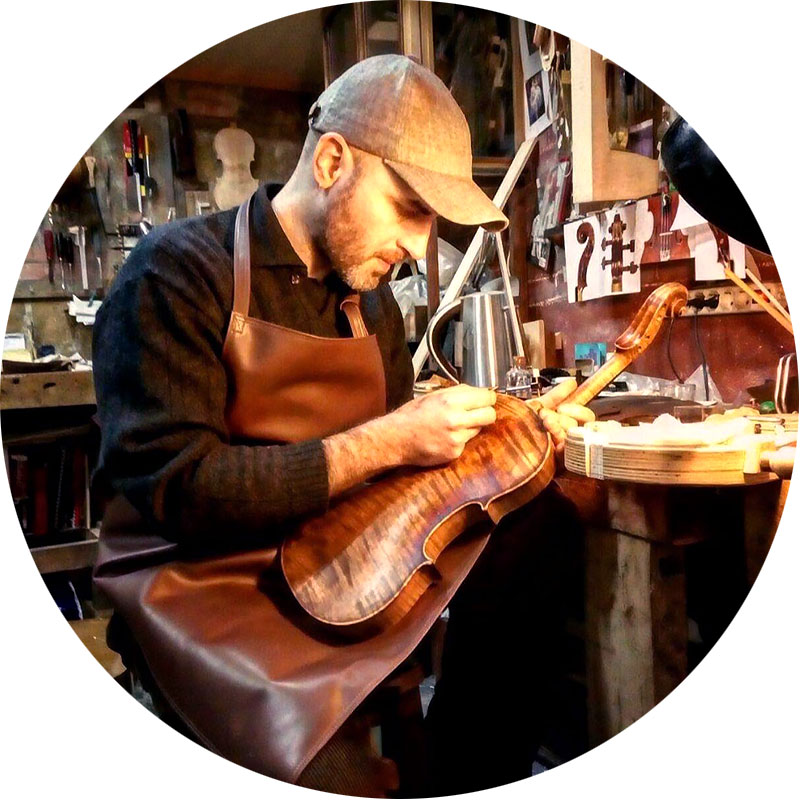 Alessandro Zanesco started his career as luthier in 2003 in his home city Naples. He specialized in the making of bow instruments, in particular violins and cellos. Since the very beginning his preferred choice is the Neapolitan school of the 18 th century, with a special attention to Nicola and Gennaro Gagliano’s models. For over ten years he exposed his fine instruments in the major trade fairs, such as Cremona Mondomusica and Muzikermesse in Frankfurt.
His instruments are in demand and appreciated not only in Italy but worldwide, from U.S.A. to Korea, Japan and China. He always devoted himself to the study of the historical sides of violin making, trying to re-create the original techniques of the 18 th century. Over the last years he focused his research on the oil varnishes, especially the amber based ones. Nowadays he lives and works in Naples. His workshop “Liuteria Napoli” is located on the prestigious and well-known “Via San Sebastiano”, where the heritage of the old Neapolitan luthiers took his first steps.