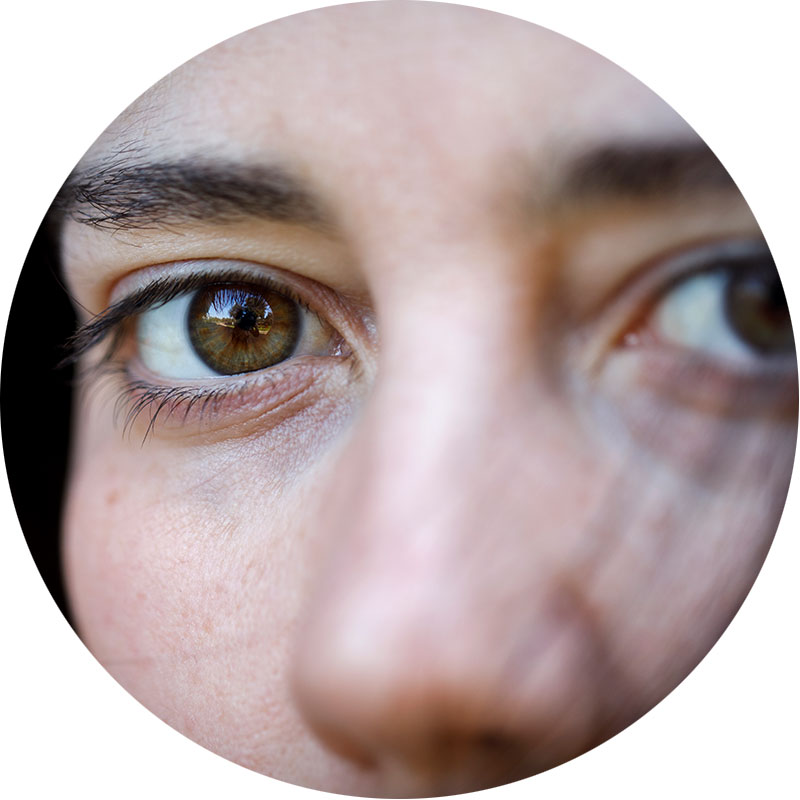 Chiara Pasqualini was born in Rome in 1985. A computer programmer, she decided to turn her gaze on people and graduated in political science, first in the sociological branch and then in that of military institutions. Both courses are completed with a thesis on the history of women. He arrives at photography and begins to collaborate with the sculptor Roberto Pietrosanti, taking care of the photographic part of an artistic project built and laid on the Ara Pacis, up to the composition of the catalog curated by Fondazione Volume !. In 2012 she became a photographer of the magazine & quot; Art a part of culture – remove background noise & quot; and participates in and since then the major national cultural events: More Free Books, Books Come, Rome Fiction Fest, Rome Film Festival, Tempo di Libri, Turin Book Fair.

He ventures into the wedding school with Vinicio Ferri’s studio. In 2015, instead, he gets married with the Musacchio & Ianniello studio, starting a constant and symbiotic collaboration on projects and seasons: Auditorium Parco della Musica, National Academy of Santa Cecilia, Strega Award, More Free Books, Books How, inQuiete – festival of writers in Rome, Maxxi, Venti D’Estate. In 2017 he lends his eyes to the face of Francesco Piccolo for the back cover of the Dutch edition of “The desire to be like everyone”. In the same year he followed Moni Ovadia al Sistina for “Il Casellante” and was published in the Milanesiana catalog. At the Turin Book Fair she was commissioned by Robinson for a series of portraits. In 2018 Elena Stancanelli shows in the Dutch version and in the Spanish version of & quot; The naked female & quot ;. He returns to the theater with Concita De Gregorio and Gaia Saitta for “I know that outside is spring” with the direction of Giorgio Barberio Corsetti and with Michela Murgia in the Roman dates of “Quasi Grazia” at the Teatro India under the direction of Veronica Cruciani. Also in 2018, take the group photo – in collaboration with Musacchio & Ianniello – for Giunti Editore for the release of the book “Princesa and other queens” by Concita De Gregorio. It is published on “L’Espresso” for Venti d’Estate and on “Vanity Fair” for inQuiete. 2019 is the year of the return with Francesco Piccolo for & quot; The animal I bring in & quot; (Einaudi publisher) but also that of novelties: Concita De Gregorio for the book & quot; Nella notte & quot; (Feltrinelli), Ascanio Celestini for the advertising campaign of & quot; Barzellette & quot; (Einaudi) Also, they call it Jena. But it’s not like it seems.