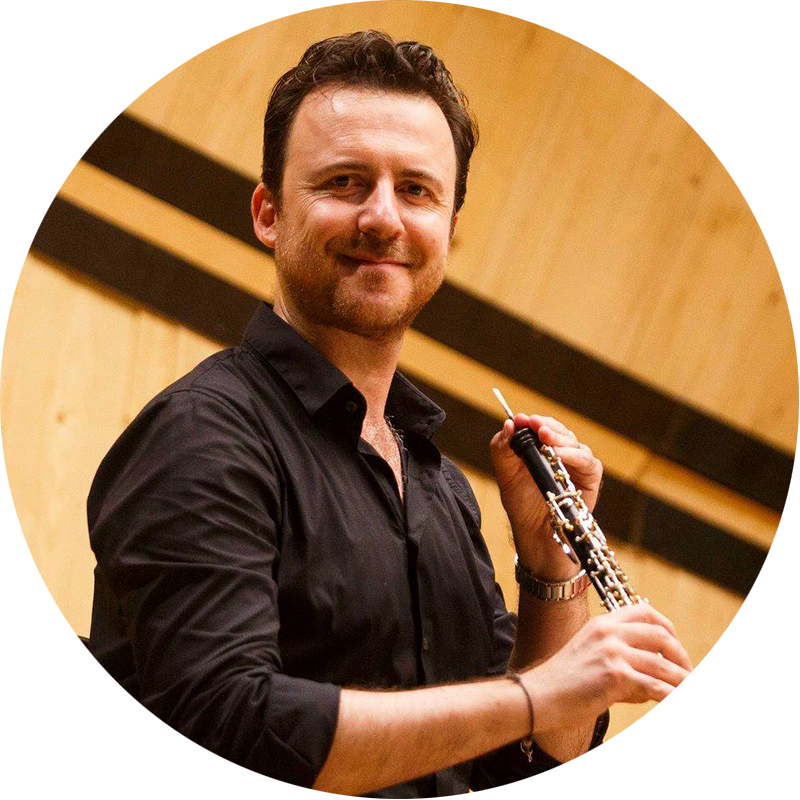 Principal oboe at the Teatro alla Scala. In 1996 Fabien Thouand was awarded first prize of the Conservatoire National de Region de Paris, where he studied in the class Jean-Claude Jaboulay. He then pursued his studies at the CNSM de Paris, initially under the guidance of Jacques Tys and Jean-Louis Capezzali, winning first prize unanimously in 2000, and then partaking in the master course of Maurice Bourgue there the following year. In 2001 Thouand won the 2nd prize in the “Prague Spring International Music Competition” and the 3rd prize in the “Giuseppe Tomassini” international competition in Petritoli. He was awarded the 3rd prize at the “Toulon Wind Instruments International Competition” in May 2002.

Since then he has pursued a career in France and abroad, specializing in the field of orchestral and chamber repertoire. As a soloist, he has been invited to perform with orchestras including the ones of La Monnaie (Bruxelles),Bayerischer Rundfunk Symphonie Orchester, London Symphonie Orchestra, Bayerische Staatsoper (Munich), Opera de Lyon, Bamberger Symphoniker the Camerata Salzburg as well as the Toulouse National Chamber Orchestra and the Chamber Ochestra of Europe. Furthermore, he has played under the baton of renowned conductors such as Ricardo Muti, Loreen Maazel, Zubin Metha, Yuri Termikanov, Kurt Mazur, Charles Dutoit, Claudio Abbado, Valery Gergiev and Daniel Barenboim
Since 2004 he is principal oboe at the orchestra of the Teatro alla Scala in Milan.
Beyond his career as a performing musician, he is also active as a teacher, being nominated principal oboe teacher at the Lugano School of Music in 2011 and assistant teacher at the CNSM of Lyon in 2010.
Recently nominated oboe teacher at tHe Royal Collage of Music of London.